The Spode company is hundreds of years old, being solely owned by Josiah Spode I starting in 1776.

This is one of the earliest Spode backstamps, dated around 1807, simply featuring the company name. 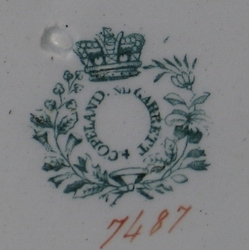 This is another one of Spode's older backstamps, used starting around 1833. It shows the name Copeland, as in William Copeland, who joined up with Spode in 1784, as well as Garrett, as in Thomas Garret, who joined the partnership in 1833. 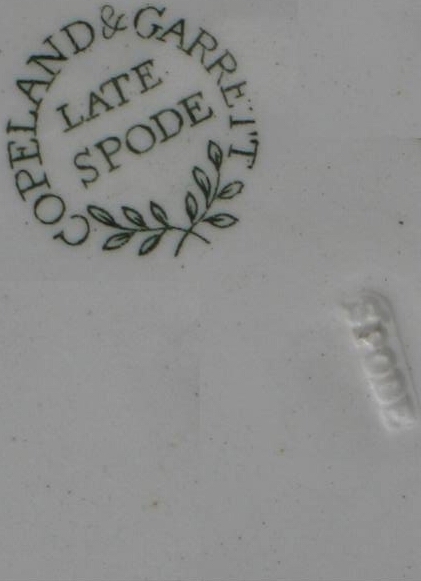 Here is another backstamp that came into use also around 1833.

This stamp was used starting around 1875. It has the Spode name again as an honor to the company's original owner. The large letter C on the stamp is likely for Copeland, which also appears at the bottom.


Another rectangular stamp, this one looks artistically similar - almost identical - to the Spode stamp that was in circulation around 1805. This one, however, is much more recent, debuting in 1891. Including "England" on the stamp indicates that it was made after 1890.

After 1870, a systm of date marks were created, often impressed into boneware. This particular mark has the letter T and the number 23, a quick code dating it at August 1923. 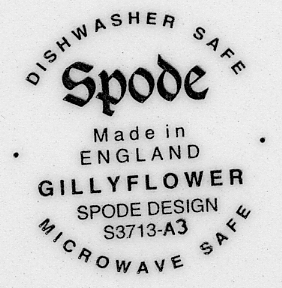 Many of Spode's more recent backstamps are printed on to the pieces, such as this one, which is from 2003.